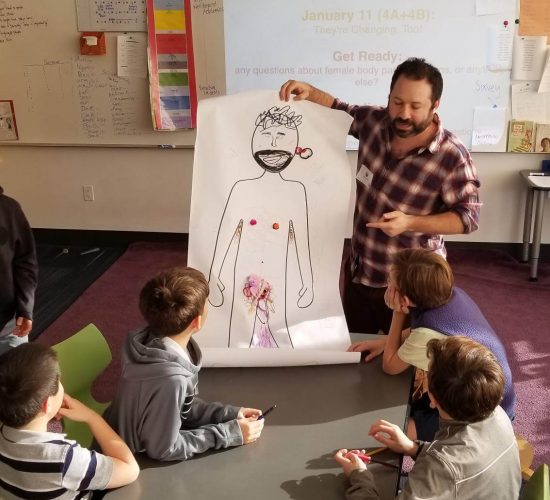 We Take Things Importantly Not Seriously

Here at WBA we believe that sexuality education is far more than lessons in biology, puberty, sexual behavior, and reproduction. It is an opportunity to illuminate and emphasize students’ rights, responsibility, and respect for self and others. Standing for “puberty, reproduction, empowerment, and perspective”, P.R.E.P. Beyond equips students with the life skills required to care for one’s own emotional and physical health, as well as the health and well-being of others, while engaging in platonic, sexual, and romantic relationships.

What Makes Us Different

Though it may not seem readily apparent, comprehensive sex education is a powerful vehicle for addressing youth risk factors for mental illness and suicide. With a foundation in adolescent mental health and clinical practice, the P.R.E.P. Beyond program illuminates adolescent vulnerabilities, increases coping and healthy decision making, encourages help-seeking behaviors, and normalizes diversity. Promoting authenticity and inclusivity, our program aims to decrease the incidence and severity of mental illness and prevent adolescent suicide.

Teaching consent is key to preventing sexual violence. This is not easy in a society where media does not model this type of communication. Consent can be complex which is why WBA starts teaching about bodily autonomy and the need to ask, listen, and respond at a young age. Students learn ways to communicate personal boundaries, listen and respect the perspective of others, and develop strategies to identify and avoid unhealthy relationships. P.R.E.P. Beyond curriculum highlights sexuality diversity and promotes equality, thereby reducing the risk for gender-based violence. 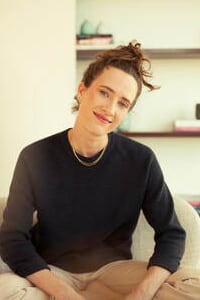 …remembers being split up by her supposed gender in their sex ed classes and wanting to know all of the possible secrets that students in the other room were being told.

Mia is a trained and endorsed Sex Educator and trauma-informed facilitator working across the world and online. A native of Australia, Mia is now thrilled to call the Bay Area “home”. With a background in community development, Mia now owns and operates her own business where she trains healthcare professionals, leads public seminars and hosts informational sessions on the topic of sexuality education for adults. Mia’s desire to support the next generation has brought her to Well Beyond Academics, where they are committed to delivering shame-free, accurate information to youth, adolescents, and beyond. 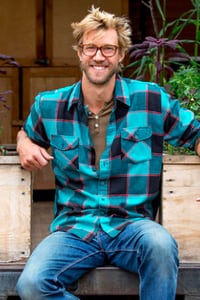 …still can’t eat a banana without remembering his math teacher putting a condom on a banana during sex ed class.

Justin has worked in education for 8 years, first as a co-director of The David Lynch Foundation for Conscious-Based Education in Japan, and starting in 2011, as the Founder and Chief Educator of Compass Green with which he has taught over 53,000 students around the USA. Through Compass Green, Justin has focused on educating youth about the impact of conventional agriculture has on their bodies and the environment, and the ways in which they can use their power as eaters to positively influence the planet. If he’s not in the classroom or one of the many community gardens in Oakland that he manages, Justin can probably be found in the waves off Ocean Beach, or backpacking somewhere in the Sierras. 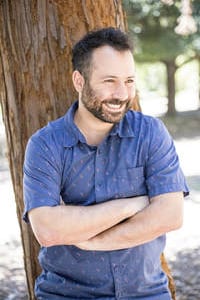 …was so surprised by his mom’s candid explanation of sexual intercourse that he replied, “mom, if you’re going to lie like that, then I won’t even bother to ask”.

For the last 16 years, Brady Gill has been working to create safe and playful spaces for kids. This journey began with years of working at Camp Tawonga in almost every role possible (including last summer as an Assistant Camp Director), as well as 6 years being a Camp Director for Camp Galileo and directing the After School Program at Park Day Elementary. Brady has also traveled the country working for Playworks as a play consultant, teaching schools how to have a physically and emotionally safe and inclusive recess. Brady is overjoyed to be working with the Prep team again this year. He loves the opportunity to speak openly and honestly with kids about all the complicated parts of growing up and treating each other and ourselves with respect and kindness. 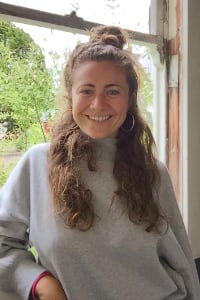 …can’t remember anything about sexuality education other than her seventh grade science teacher introducing their health ed unit by yelling, “sex ain’t no sport kiddos”.

Taryn Estebez is a proud San Francisco Native who has lived in the US , Denmark, and Colombia, but could never stay away from the Bay Area too long. She has years of experience in health education, and has worked for various nonprofits supporting youth development and promoting adolescent wellness and sexual health – in one-on-one sessions at a teen only health clinic, in classrooms, and through community outreach and youth-led action research projects. She has also done close work with student organizations to improve campus climates for queer youth at middle and high schools in the bay area and east Los Angeles. Taryn believes in the power of laughing and sweating every day, and during her free time can be spotted playing soccer, singing on her bicycle, or enjoying the sun in the park. 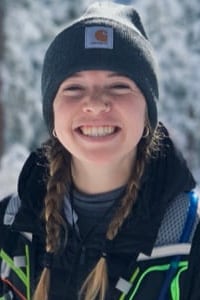 …used to think tampons were exclusively used for nose bleeds because that is what she learned from the movie “She’s the Man”.

Sonia Harris is a graduate of Northwestern University where she studied social policy and global health. While completing her undergraduate degree, Sonia began teaching health education. She is now a graduate student, working toward a Masters in public health with a focus on child advocacy and childhood experience. Raised in the Bay Area, Sonia spent three summers as a counselor at Camp Tawonga and loves any opportunity to create and implement thoughtful programs for youth. Her favorite part of working as an educator is experiencing the openness and creativity that exists within all children. Sonia loves spending time in the sunshine and on her days off can be found running or hiking outdoors. She is thrilled to be working with Well Beyond Academics this year! 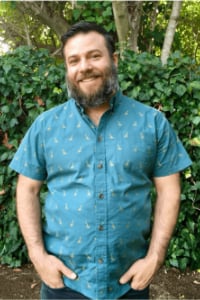 …was pretty sure the way to have sex was by doing pushups above a girl’s belly button.

Jonah is passionate about creating safe, equitable, and empowering spaces for young people. In 2017, he launched Camp Wonderful, a summer camp for grown ups and is a proud alumnus of the Camp Grounded team. Jonah completed a degree in interdisciplinary studies from the California Institute of Integral Studies after training at the Moscow Art Theater School, Boston University School for the Arts, the National Theater Institute, and the Royal Academy of Dramatic Arts. He is in process of completing a Masters in Interdisciplinary Education and the Psychology of Belonging at New York University. As a performer, Jonah has appeared under a bigtop in Cirque du Soleil, on stage in the national tour of STOMP, and on HBO in Sex and The City. He currently produces and hosts The Bay Area Pun-Off, San Francisco’s safe space for wordplay. As a former EMT, Jonah co-founded Second Response, a school based trauma education program centered in somatic and play. Jonah loves gardening, fostering dogs, and building stuff with his hands.